IN THE LOOP BIO 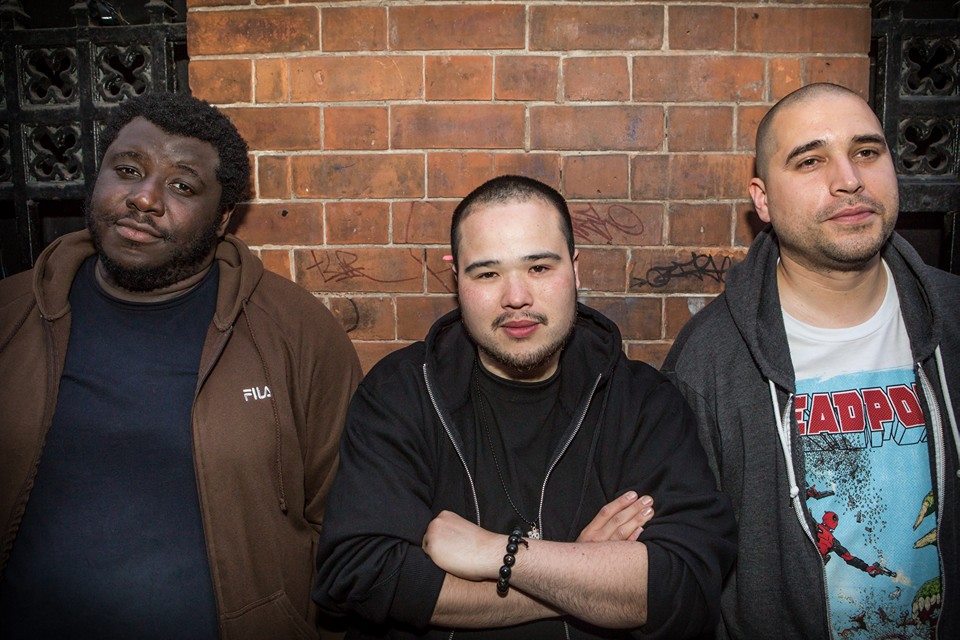 In The Loop is all about block party vibes, spinning the span of hip hop and its influences – expect rap, soul, funk, bashment, reggae, disco, bass, Latin and Afro vibes for a start. The crew consists of two DJs fronted by host and all-round good guy Bedos, who’s never failed to get a crowd cranked up yet.

The In The Loop club night has been integral to the explosion of Manchester hip hop in recent years, its trademark cypher the highlight of a community-centric movement. The Mouse Outfit were the original Loop backing band for the cypher, later giving way to 8 Gold Rings for a series of artist-based specials. Mr Thing, DJ Format and DJ Woody are amongst Loop heroes to have graced their decks.

The Loop crew have warmed up for the likes of Talib Kweli, Pharoahe Monch, El-P, Raekwon, Hypnotic Brass Band, Ultramagnetic MCs, Jungle Brothers, Jonwayne, DJ Format and DJ Premier plus shared the decks with RZA. They’re also a regular face at the only official J Dilla tribute night in the UK.

DJ A-UP is a veteran of legendary Manchester hip hop night C’mon Feet and turntablist crew Assmatics, and has shared a stage with Mos Def, Just Blaze, The Alchemist, Craig G, Canibus, The Herbaliser and People Under The Stairs. He hosts the underground podcast Nougold together with Bedos, showcasing the latest in golden-era style hip hop.

Agent J runs the Groovement website and podcast, interviewing everyone from Angie Stone to Sharon Jones and Flying Lotus, Pete Rock and Danny Brown, and also writes for the one of the last bastions of print, Bonafide Magazine. He’s played with Marlena Shaw, The Excitements, Myron & E, The Souljazz Orchestra, Lee Fields, Mocambo and Craig Charles, and spoken about the Manchester scene on panels at Tramlines, Unconvention and recently for Mixcloud and Eventbrite.

DJ Format – What you guys do is rapidly becoming a lost art – don’t give it up!
Tarik Graves, Hypnotic Brass Band – You guys should take this to New York, they’d love it.